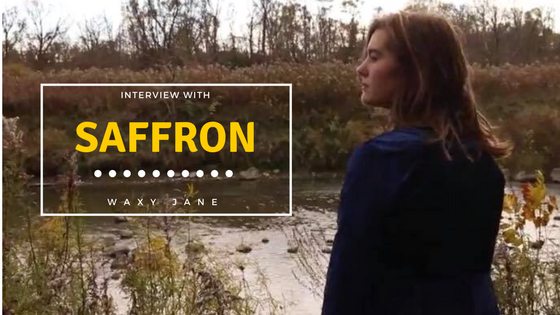 Saffron has a seemingly innate connection to nature, and, after listening to her music, you start to get the feeling that she also has the rare ability to communicate with it on its own terms. She speaks its language. Understands its highs and lows, and follows them with a calm passivity.

With her decadently airy voice (which on it’s own could command robins to fly indoors for a duet – sorry not sorry for comparing her to a Disney character twice, but she’s majestic like that) and haunting string arrangements, Saffron turns everyday sentiments such as displacement and yearning into grander explorations of the ebb and flow of the world.

I had the pleasure of speaking with Saffron (who I instinctively want to call Saffs but, for the sake of professionalism, will refrain from doing) a few weeks ago and it is clear that she is wise (and talented) far beyond her years. 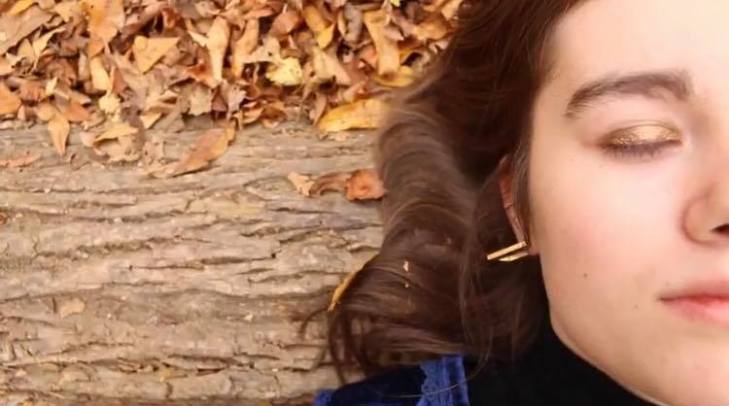 In many ways, it seems like Saffron was groomed to become the expansive vocal talent that she is. “My mother would do pitch-matching exercises with me as a baby. It sounds kind of strange but I feel like I’ve never not been [a musician].” Saffron elaborates, “My parents were always playing gospel in my house and I would attend their band practices.”

Saffron studied classical voice from grade five to grade twelve and was trained as an alto vocalist. “You normally don’t do that to children, you train them as sopranos” Saffron chuckles. “But the director knew my mom and her voice, so he just knew what I was going to turn out to be.”

“For a lot of my early music, I was performing in church and such. My first performance that wasn’t an aria or in a choir setting was in a coffee house at my high school where I was working with this guitar player, Jared Bobar. We played a few covers…My legs were shaking so hard, I almost fell off stage…which was good, to have that surge of “this is what it’s like to be on stage!” 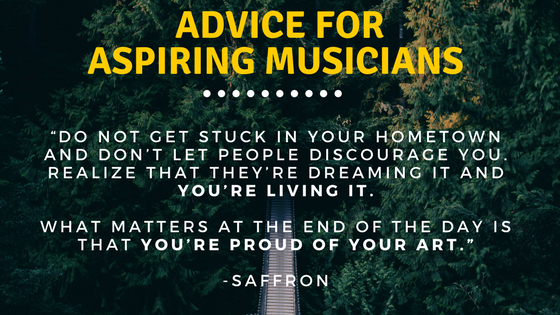 — Striking Out on Her Own —

After Jared decided to leave the duo, Saffron was left without accompaniment and a strong urge to perform.

“Around that time I was [already] teaching myself the mandolin… I decided I wanted to learn a White Stripes song. Then Jared left and I was suddenly destitute because I loved how [being on stage] felt. I was thinking ‘how do I get that again?!”

While gaining strength on her instrument (Saffron would later include the octave-mandolin, mandola and mandocello to her ‘tuned-in-fifths’ arsenal), she spent two years playing with a different acoustic duo (that eventually became an electric trio).

Saffron finally struck out on her own in 2017 after the band fell apart. “My first solo Heart house at the University of Toronto. After that, I started leaning into it and going for it,” she emphasizes.

“I had done busking and such, but that’s a very different experience from being a solo artist; you’re so exposed by yourself.” – Saffron

She hasn’t stopped ‘going for it’ yet. Although that doesn’t mean there haven’t been some bumps along the way. Playing a solo at Lee’s Palace (famed alternative music venue that has hosted acts such as Nirvana, Smashing Pumpkins and Red Hot Chili Peppers) was an important learning experience for Saffron. “I was the opening band for a show that was mostly metal…and it was not quite the fit,” Saffron remembers. “It was my first time begin booked as a woman alone. Other times I’d been the only woman on a bill, but I could talk to my band mates and feel fine. At [the Lee’s Palace] gig, I was the only female-identifying person in the venue and I had to make friends with these guys. I did it and I owned this big stage – it’s a very unintimate venue. I proved something to myself and everyone there, that I could do it.”

Circadian Rhythm, the second single off Saffron’s upcoming debut EP (dropping April 19th and kicking off with a release show at Junction City Music Hall that same day), is out today along with an accompanying music video.

The single is a trademark song for the young Canadian artist. Saffron uses all the bullets in her belt — introspective storytelling abilities, connection with nature and deep knowledge of musical dynamics — to create a bright, calming song that embodies her spirit as a musician.

“I started writing [the text] at my grandma’s house in the county. Being the country and being able to see the stars. I was thinking about how we as a society, especially in the cities, we’re so disconnected from nature,” says Saffron. “For me, it’s also very spiritual. When I’m out in the country, I seek out places in nature to pray and feel that quiet and simplicity. It’s beautiful. That’s what Circadian Rhythm is trying to express, that connection with God and the physical world that has been created for us.”

This is where that whole “connected with nature” sense becomes obvious. While listening to Circadian Rhythm, the sense came over me that Saffron’s music is a conduit between the language of nature – the circadian rhythm of its highs and lows – and the universal musical language. She translates the vibes of nature with her strings and whispers it’s narrative in her song.

There is no slowing down for this minstrel. In addition to her upcoming EP, Saffron has been chosen to perform during Canadian Music Week – a well-deserved opportunity to get her music in front of promoters, writers and other influential members of the music industry – and will be performing at the Come Together Fest later this year.

Perhaps it was her early, professional start in the world of music that gives her the maturity and wisdom she possesses but it is unquestionable that her determined spirit and yearning keep her fighting for more. Her talent will blaze an impressive road for herself and others. Hers is a career that WAXY will be watching closely. 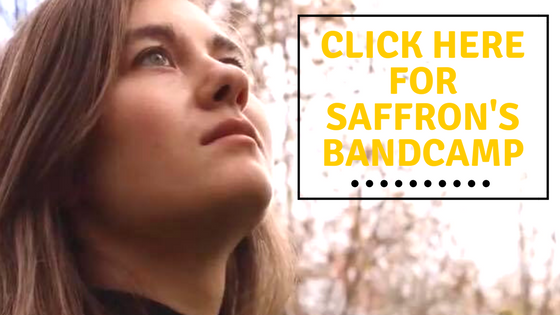